Finalists in the MIT Solve Challenge converge on New York

The MIT Solve Challenge, the legendary social impact pitch competition, reached its much-anticipated conclusion on September 22 during UN General Assembly week in New York City. A diverse group of 60 finalists will converge to present solutions around four global issues posed back in May. More than $1.6 million in funding will be available for the selected Solver teams. 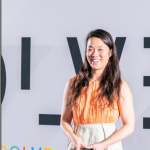 year. In 2019, those challenges are the circular economy, community-driven innovation, early childhood development, and healthy cities. The goal is to identify the teams that show the most promise to solve some aspect of the challenge and drive transformational change. MIT Solve then links the innovators to its global partners—private, public, and nonprofit leaders that can help make the often audacious visions a reality.

The innovators who have reached the finals in New York will pitch their ideas to a live audience as well as a panel of judges. Those selected will work closely with Solve partners—cross-sector leaders like Starbucks, HP, Johnson & Johnson, and Save the Children. These partners will help the innovators pilot, scale, and implement their tech-based solutions.

The MIT Solve Innovation Fund
MIT Solve made headlines in the spring when it announced the launch of the Solve Innovation Fund, a $30-million-dollar philanthropic venture fund that will invest in early-stage entrepreneurs who appear poised to solve a global challenge. Noubar Afeyan, a member of the MIT Corporation and the founder and CEO of Flagship Pioneering has already committed up to $3 million to the fund.

“Solve’s mission is to tackle global challenges by helping early-stage innovators from all around the world connect with each other, tap the strength of MIT’s innovation ecosystem and, crucially, gain the resources to transform their ideas into impactful solutions,” said MIT President L. Rafael Reif. “The Solve Innovation Fund is an inspiring step to providing Solver teams with the capital to deliver their solutions at scale.”

Learn more about attending the MIT Solve finals—and about participating in the next round of challenges.